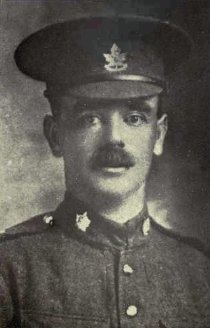 Private John Pattison of the 50th Battalion: On April 10, when the advance of Canadian troops was held up by an enemy machine gun, Private Pattison, with utter disregard of his own safety, sprang forward and jumping from shell-hole to shell-hole, reached cover within thirty yards of the enemy gun. From this point, in the face of heavy fire he hurled bombs killing and wounding some of the crew, and then rushed forward overcoming and bayoneting the surviving five gunners. Pattison was killed on June 3, 1917 making an attack on a power station near Lens, France. He is buried in the La Chaudière Military Cemetery, France, approximately 3 kilometres south of Lens on the north-western outskirts of Vimy.